“I am not what happened to me. I am what I choose to become.” Carl Jung

Welcome to the May edition of Principal Scholes's monthly newsletter! I appreciate you taking the time to read this month's edition to stay current on many of the recent happenings at Oskaloosa Middle School! In this month's edition, I will be highlighting our building staff's professional learning focus from the previous month, discuss the middle school's continued efforts with respect to increasing our student and staff's social-emotional behavioral health (SEBH) initiative, and make note of our building's continued focus on providing a safe learning environment.

Professional Learning Focus (April): During the month of April, the middle school continued focusing its professional development efforts on its Quality Instruction and Social-Emotional Behavioral Health (SEBH) Building Level Goals. On April 7, teachers utilized their time preparing for Student-Led Parent Teacher Conferences, coordinating efforts with students for their presentation of evidence with their parent(s)/guardian(s), in addition to reaching out to parents to solidify meeting times through the use of Sign-Up Genius. Ultimately these efforts resulted in a parent/guardian participation average of 75.4%. The middle school has never had this high a level of participation from its parents during Spring Parent-Teacher Conferences, which traditionally has seen relatively low parent participation rates. The ability to utilize Zoom with parents, in conjunction with students leading their conference with their parent(s)/guardian(s) through the presentation of student evidence through each Core Content area, is attributed to the higher levels of participation amongst middle school parent(s)/guardian(s) this year.

On April 21, professional development at the middle school focused its attention on how to provide the best possible feedback to our students in order to get the best possible evidence from students in return, making connections to the Iowa Instructional Framework in the process and our Building’s “Why” this academic year.  In addition, building professional development allowed for the 7th/8th Grade Teacher Team to share strategies the team has been applying from the building’s training with him in the area of behavior and discipline. Lastly, the middle school focused its attention during the month of April on successful preparation for the Iowa Statewide Assessment of Student Progress, more commonly known as the ISASP. The middle school crafted a testing schedule to maximize student testing potential and operate within the guidelines provided under ISASP regulations. ISASP testing was conducted at OMS from April 27-30.

Over the month of April, the various ad hoc committees stemming from our School Leadership Team (SLT) saw through the various planning stages they put forth in the prior months and weeks. The ISASP ad hoc committee has worked tremendously hard in preparation of this year’s testing, putting together a robust, organized plan for the testing process this year. Student-Led Conferences were held April 12 and 15th. Due to the diligent planning by this ad hoc committee, in tandem with teacher communication with parents and students preparing proficiency scale evidence for their presentation, spring conferences saw a 75.4% participation rate by parents. This is a rate that is close to 45% higher than our typical spring conference parent participation rate! The Transition ad hoc committee was able to solidify JumpStart and Boot Camp programs for this summer as well and communication about the JumpStart Program has gone out to parents currently in 5th and 6th grade. The SEBH ad hoc committee put together a plan for a student Stress Less Day, which played out on April 19. Feedback from students about the Stress Less Day were positive (survey data). The Standards-Based Learning and Reporting ad hoc committee helped organize students into 4 grade-level based teams for the upcoming Student Focus Group panel taking place on May 10, 11, 13, and 14. Permission slips have been distributed to students in order to have them participate in this event. The MTSS ad hoc committee is working in order to have groups developed for the onset of the 2021-22 school year so interventions can hit the ground running come day 1 of the next school year.

Focus on OMS Student and Staff’s Social-Emotional Well-Being: Throughout the month of April, opportunities to promote student and staff social and emotional wellbeing occurred regularly. During the first week of April, birthdays were recognized amongst students and staff on the first Wednesday of the month. Two staff members were recognized as “Shooting Stars” based upon input taken from staff using a new Nominating Google Form that staff members can fill out and submit to Mr. Scholes prior to each month’s selection. Winners from the month of April included Mrs. Maria Rozendaal and Mrs. Kirsten Stek. Mr. Scholes awarded staff members in the building that had stepped up and subbed for a colleague during the month by entering them in a drawing for a $25 prize. Every time a staff member covered for a colleague, his/her name was entered into the drawing. Nicole Stewart was the lucky winner this month. The OMS “Student of the Week” continues to be recognized in our building. Lastly, building professional development continues to focus on ways for staff to be able to reach their students socially and emotionally. As previously mentioned, the 7th/8th Grade Teacher Team presented this month on its implementation of SEBH strategies gained by our district’s work with Brian Mendler.

OMS Staff Member Named Golden Apple Winner by WHO News: OMS Instructional Coach Polly Ehret was named a Golden Apple Award winner by WHO News on April 21. With 26 years of experience, Mrs. Ehret's dedication and professionalism during this time more than warranted her recognition for this prestigious award. WHO News came to OMS to film the announcement of this award and interviewed Mrs. Ehret about her career and reaction to being named the Golden Apple winner. Mrs. Ehret's husband, mother, and children were all present to embrace her as she was announced as the winner. The news segment aired on April 29 on WHO News (News Story). Mr. Scholes nominated Mrs. Ehret for the award, writing a narrative for WHO during the nomination phase of the selection process. We are all very proud of Mrs. Ehret and want to congratulate her on this amazing accomplishment and also on her upcoming retirement!

School Safety: Oskaloosa Middle School drilled the “Evacuation” Response portion of our district/building's Safety Response Protocol, more commonly referred to as the "SRP", on the morning of April 13. Documentation and training to help prepare students and staff for the drill commenced well before the drill. As a result, the drill ran very smoothly. Staff did an exceptional job in setting expectations and students responded well. The middle school will continue to run announced and unannounced "Shelter" and "Evacuation" Drills throughout the spring in order to ensure we are adequately prepared for this response, in accordance with state law.

Thanks again for taking the time to read my newsletter this month! I hope the month of May brings you continued warmth and happiness! I also would like to take this time to announce that the first week of May is Teacher Appreciation Week. I would encourage you to please take a moment to thank your child's teachers for the academic and social-emotional support they have provided your child with throughout the school year. Please continue staying healthy and taking care of yourselves and your families throughout the remainder of the 2020-21 school year! We appreciate all you do to support us at OMS! 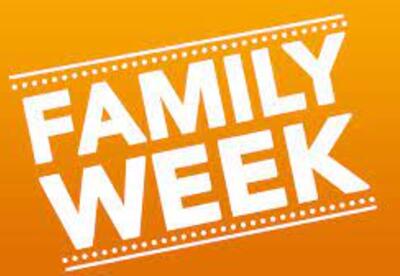 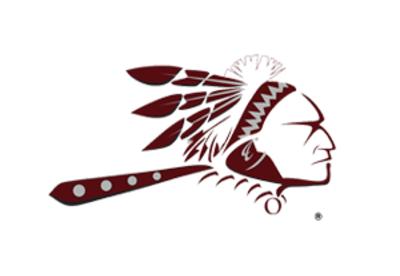 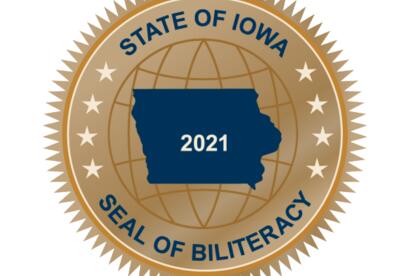